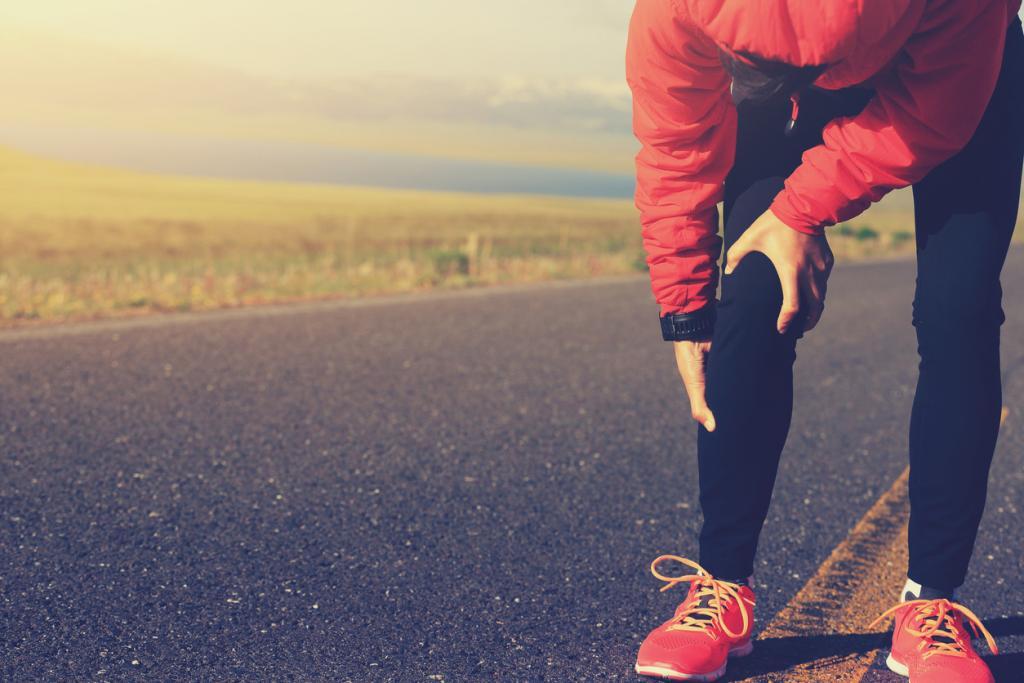 “You know I need to get into better shape. I use to be in such awesome shape. I should probably join a gym soon, but I should  start with some cardio… You know to get in shape before I get in shape.” Opens closet finds old pair athletic shoes and hits the road. These are usually the thoughts and  actions of someone says running sucks. The other crowd  are exercise junkies that have ruined running for themselves or meathead lifters that can’t run and use it as an excuse as to why they are out of shape. In many  cases the reason is the same. Usually, people overdo running and make a few key mistakes that ruin it for themselves. I am guilty of this myself and stopped running for almost a decade, until I learned what NOT TO do when it comes to running.

WHY YOU THINK YOU HATE RUNNING

HERE IS THE REAL WHY YOU HATE RUNNING.

You are probably doing it wrong. Lets break down each of the excuses running sucks and get to the bottom of this.

WHY YOU ARE GETTING INJURED AND SORE ALL THE TIME.

This could be due to numerous factors, but much of the time people start running way too hard, way too soon. Most people put their shoes on and go. It seems simple enough. We were born to run, right? Well yeah, but we weren’t born to sit on our asses for the past 10-30 years then run. There is a certain fitness level that should be achieved prior to running for inactive adults, and most people take off at a pace that is just too fast for them (even though it  “feels” slow).  The joints are not ready for the 6 x bodyweight impact running introduces to the system, and it can cause stress and injury. It’s not that running sucks, it’s that you are doing too much too soon and your body isn’t prepared. The hardest thing I had to swallow was my ego for a couple months. Running in slow motion can hurt your feelings, but at least it won’t hurt your body.  Some need to walk before they run, or do intervals that are much much much slower than you think is practical. Yes, it can be embarrassingly slow, but that is what needs to happen for your body to adapt. This is the same reason people never get any faster at running. They are running at a speed that is just perfect for wearing them down, but not fast enough to increase performance. There is a science to this, and heading out the door to run isn’t going to achieve the success you want. That is why most people do it for a couple of weeks then stop and say, “running sucks”.

How to fix this

The quickest fix for overdoing it is to purchase a HR monitor and wear it religiously when you run. There are numerous online calculators to help, or you can hire a coach (highly recommended) to set your heart rate and program your runs.  The simplest and quickest way to guesstimate this is take 220-Age= Max HR. Then, as a goal keep your HR between 70-77% of your max HR.  You must be diligent, and yes for some people it means they may have to walk then run to keep it in this zone. If you keep allowing your HR to creep up, you will just train your body to have an elevated HR while you run. Running with a higher heart rate will make running feel hard ALL the time, and it increases your chance of overuse and injury. Let HR be your guide, not speed or distance. It is an objective bio-marker.  Intervals and intensity can be added later, but building the aerobic base and training your HR to below goes a long way. Building the aerobic base is crucial.

SCRAP RUNNING FOR DISTANCE AND SPEED

The 2nd biggest mistake I made when I started running again was chasing a pace I felt was acceptable(completely arbitrary and subjective).  I felt that I needed to run my miles in 10 minutes or less, or it wasn’t worth my time.  The result was usually having to stop after 15-20 minutes because I was cooked and I felt defeated.  I repeated this time after time and the runs became less and less enjoyable. The other mistake was setting a goal to achieve a certain distance each time I ran.  After working with coach Gail Leveque she re-worked my running and endurance program. I ran for a certain amount of time each session and the only thing I could look at was my time and HR. It didn’t matter if I ran at a 8 min/mi pace or a 12min/mi pace. Sometimes my 40-minute run netted 3.4 miles, sometimes it was 4 miles, but each session was set based on my HR goal for a certain length of time. The result…. 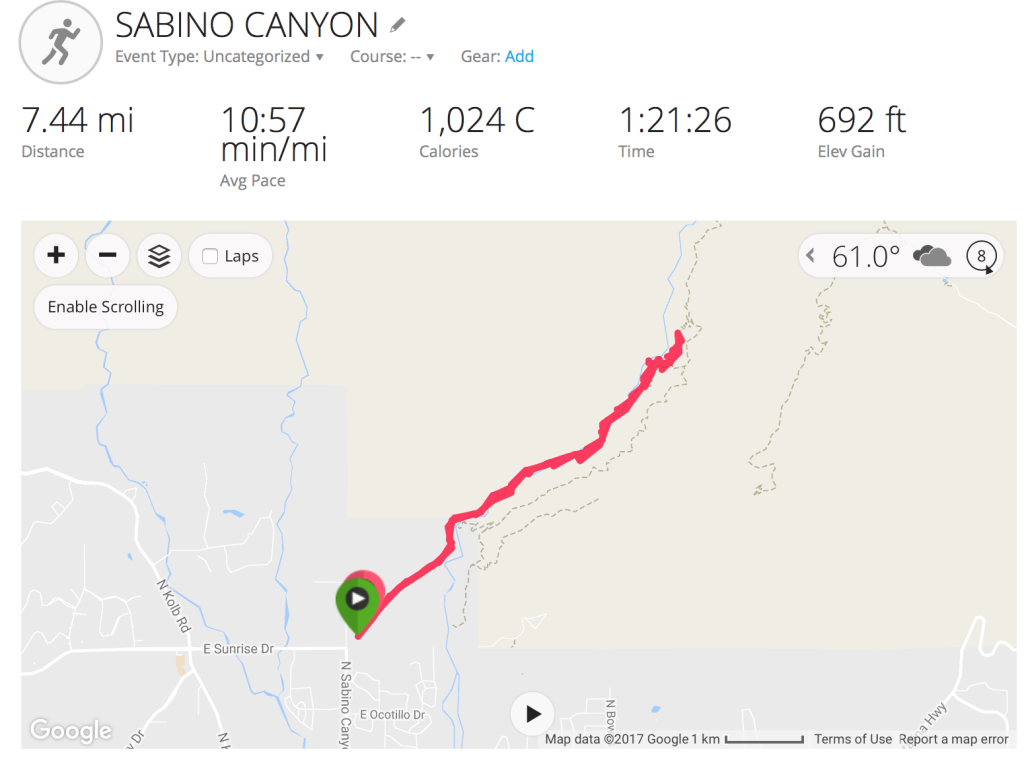 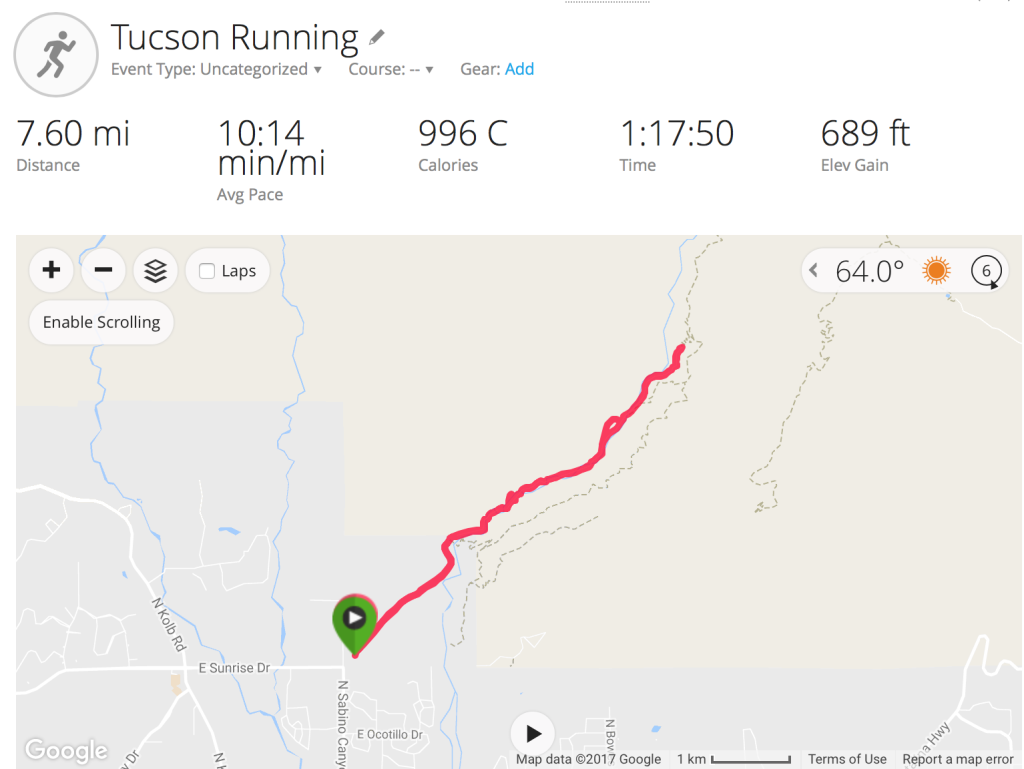 I had done this hilly run numerous times with little improvement until I incorporated HR based low intensity running as the staple of my program. I gave up on distance or speed as my markers of success. My goal of the October run was to keep my average HR under 145bpm for the run. The results speak for themselves. Over a 4 minute PR with an Average Heart Rate of 14 bpm less… I wasn’t working as hard and I got faster! I wasn’t expecting such a dramatic shift. After the April run I was toast, after the run in October I had more energy than I knew what to do with which allowed me to train more that week, instead of taking multiple days off to recover.

You hate running because, your shoes suck .

This is huge. Most people grab their athletic shoes out of their closet and go for it. The problem is most shoes that you have worn to do you shopping/  yard work/ extra curricular activities in are probably worn out. To handle the impact of running you need solid running shoes and those shoes should only be used to run in, period.  This means no going the mall and throwing on your running shoes. After the run put them in the closet and change shoes. That extra wear and tear ads up quickly.

One of the first things I ask people when they tell me they have “_____” pain when they run is “are you running in the right shoe?” Shoes don’t even have to be that old. If you just bought your shoes a few weeks ago from the mall most likely they are the wrong shoe. I know they match your running shorts and new headband, but running shoes come in a few different types based on your foot type and how you strike the ground. Get your shoe fit by a store that specializes in running shoes, but don’t get sucked into buying arch supports. Find the right shoe and you will notice a huge difference in how your body feels. Also, if you have been running pain-free for awhile and all of a sudden you feel your calf or knee hurt, the first place to look is your shoe. More than likely it is worn out. If you take it into a running store they will quickly be able to tell you if that is the case.

YOU THINK CARDIO MAKES YOU WEAK 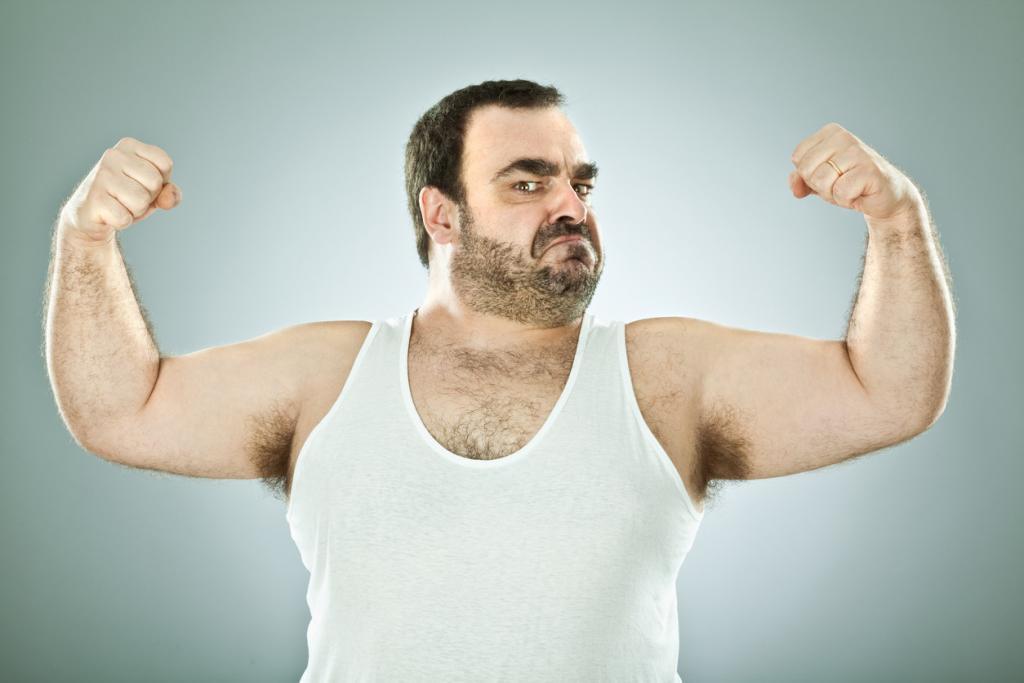 Sure, if you are running hours per day and training to be an elite endurance athlete don’t necessarily expect to have huge squat numbers and win a ton of powerlifting meets. Unfortunately, this message was skewed and it turned into a chant of the uninformed and ignorant. Having and aerobic base is huge for recovery between sets and training sessions. You can still be strong and fit at the same time. Having an aerobic base will improve strength training sessions tremendously. Believe me, I was as an experienced powerlifter that felt like I had to wait 4 minutes between sets to recover. That is a sure sign you need more cardio in your life. running, rowing, or cycling for 30 minutes a couple times per week won’t crush your gainz and will most likely improve your life. I hear people say all the time, “I will only run if something is chasing me”. The real truth is if something is chasing you, you won’t be able to run and more than likely if you have to run from it, your big squat and bench aren’t going to save your life. Finding the balance between strength and conditioning is crucial. As with anything finding the balance is key for long term success. In this blog I cover more details on the balance between strength,endurance,  health and performance.