The Parallels of Strength and Endurance Sports

The Parallels of Strength and Endurance Sports

Since making the switch from powerlifting to triathlons, the transition hasn’t been as hard as I originally thought. Ok well, learning to swim for distance was pretty rough, and running is ….running, but It really has been a blast. The ability to train the different sports has been a great experience and has completely opened my mind about the human body, my abilities, and realizing that there is more to life than just lifting heavy all the time.  The philosophies of the “how” to train for these sports are more similar than you would believe, and after thinking about things more deeply, these commonalities probably carry across most sports. 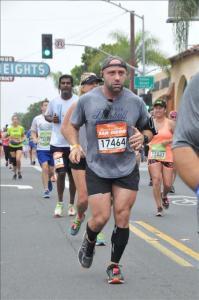 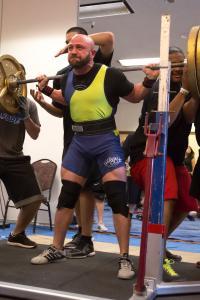 The biggest reason I fell in love with Powerlifting was that I have a purpose with each training session.  I mean a real purpose. Im not talking about the purpose of doing random acts of burpees and pull-ups until I’m tired. It is about being on a program that takes you to a goal. Each session progresses to the next one, and has a purpose. After weeks or months, each of those sessions take you to the day where you are ready to set a personal record and put your training to the test. Training for triathlons is identical in this manner. Sure, I could run, swim, and bike each week at random intensities and distances, but will that give me a specific outcome? As with both sports, it is easy to over do it. It isn’t rare to see a powerlifter tank an opener that they have hit in training.  That usually happens when there isn’t a purpose to the training plan and I am sure the same goes for the endurance athlete that shows up the day of the race producing slower times than they have seen in training. Which takes me to my next point.

HIRING A COACH WILL IMPROVE PERFORMANCE

In powerlifting  I can’t tell you the number of coaches I have had that have broken down my squat, deadlift, and bench press technique. Each coach I worked with helped me improve as a lifter. Without technical proficiency, the best program in the world isn’t going to help. I hired a swimming coach early on in my training and I am  grateful I did. I could swim in a pool and not drown, but having professional instruction was the difference between me surviving  and learning to be more confident and proficient in the water(still a work in progress). I see this all the time when people want to take on powerlifting or Olympic lifting and they say, well I squatted in high school, I don’t need coaching. Usually these are the guys that look jacked and crumble on the platform.

Having someone else to program for you is huge. I don’t care how awesome you think you are. Having someone that will get in your way to slow you down when you want to push when you shouldn’t, or help you push a little harder when your lazy is must.  I find myself always erring on the side of doing too much even when I think I am not, and having someone to regulate that for me is a game changer. Also, someone who can analyze the situation for what it is rather than what I think it should be. Being a noob in triathlons, I have to trust that I just don’t know, but even in Powerlifting I usually had someone design my peaking programs for my meets, and I always performed better when that happened.

This goes without saying and reiterates the last 2 points. As a powerlifting coach nothing upsets me more than to see someone fail a lift in training. It is the biggest sign of a novice lifter. It drives me nuts, ask my staff and athletes, and if it happens once in the gym it doesn’t happen a 2nd time. Training to failure in Powerlifting is a great way to tax the nervous system, increase the likelihood of injury, and get weaker. It is important to always leave something in the tank. Ninety Percent of my strength training was done between 70% and 80%, always keeping my reps low and  explosive, and my volume moderate. If things were slowing down, or reps were a grind I either dropped the weight or called it a day.

A few days ago I was feeling less than stellar and my coach Gail told me to pay attention to my Heart Rate on my run, usually around 70-75% of max…(see the similarities?) She said if it isn’t dropping fast enough to call it quits because it could be a sign my nervous system was getting trashed. About 15 minutes into my run I knew something was up, and I called it quits. Though I don’t get grindy reps and sore muscles from the endurance training the nervous system gave me feedback in other ways and I had to learn to listen.

JUST BECAUSE YOU CAN MEANS YOU SHOULDN’T

When I was powerlifting my program would call to hit 405lbs for 6 reps and everything in me would want to go for 10 reps because it felt so good. Earlier in my powerlifting days I would push those limits. The funny things is when I would feel like a champion in a workout and do more than I was supposed to, it took me a really long time to realize why the following week the training sessions were not up to par. If the program called for 4 reps at 80% it means hit 4 reps at 80%. There is a plan, there is a reason, and pushing limits are a great way to make next weeks training not be so great or worse.

In my endurance training my coach has me focusing on my Heart Rate rather than speed. It is so hard some training sessions to say, “this feels awesome! I can go so much faster than this”! Doing this is a great way to not only train my HR to stay high, but also great way to burn out for the remainder of my sessions that week.

I had the privilege of being able to chat with Finnish Shot Putter and Gold Medalist in the 2000 Olympic Games, Arsi Harju, and he shared with me his only injuries came when he was feeling great and would have a great day of throwing. Instead of calling it quits when his training was done for the day if he would stay and push more to get some extra throws in because he felt great it, it would lead to an injury or a horrible rest of the week. He said “When you feel good save some for the next training session too.”  Always remember, the goal isn’t to win the workout.

Paul Carter in his powerlifting book Base Buildingbreaks down training sessions something like this. 80% of your workouts should feel normal, nothing awesome, nothing bad, just right. 10% of the sessions you may feel like dog shit, and the other 10% you may feel like King Kong. The exact  same can be said for my experience in with my swims, bikes and runs. Which leads me to the next point. If you are looking for an awesome book on strength training fundamentals you should get it..

YOU CAN’T GET GREAT AT EVERYTHING AT THE SAME TIME

Powerlifting is 3 lifts, Triathlons are 3 different sports. It is easy to get sucked into the mentality of wanting to see improvement week in and week out on every single aspect of your training. I remember for the longest time my Deadlift was stuck, it was actually stuck for over 1 year. In that time time frame I added nearly 90lbs to my squat. It was easy for me to be focused and pissed about my deadlift being stuck rather than realizing I put 90lbs on my squat!   I am realizing the same goes for my current training regiment. There is only so much energy in each week and thinking all 3 sports will progress evenly on a linear path is unrealistic.

Nothing irritates me more than to see people showing up to a powerlifting meet with complete disrespect for the sport. What is disrespect? The person who shows up and decides to do a half squat on the platform, because they failed to know the actual requirements of the sport, or the person who doesn’t know how to stay with a lift and decides to ditch the weight on the spotters. It is the person that decides they are going to show up with no coaching and think that they got this. There are certain aspects of etiquette and knowing the rules that show that you have prepared and have respect for the sport you are undertaking. It has nothing to do with how strong or fast  someone is when they show up for a competition, its that they prepared adequately for the event at hand. I tell my Powerlifters I don’t care if you are benching 125lbs or 425lbs, have you prepared appropriately with the intention of doing your best.

This is a showing up unprepared and a lack of respect for the sport.